The Faces of Gregos

Roaming in the narrow dirty street of Montmartre, one may experience the strange sensation of being closely observed. Looking around, one notices that except for a cat and a few empty bottles of beer, there is not a single soul. Alone. A perfect victim. A chill freezes one's spine. The presence keeps starring. Where is it ? Paranoïd. One's sweaty head starts aching. Spinning. Then it occurs to one that the presence might be in the wall. It can't be. Summoning every ounce of courage one still has (i.e., not a lot), one approaches the silhouette that now seems to be detaching from the wall like a ghost. The ghost is on the verge of surging all over oneself when it eventually occurs to one that the presence is actually a face glued on the wall*.

A weird experience don't you think ? Yet, really unique and amusing.

I first came over one of these faces, that one will mainly spot in Montmartre (the artist leaves there), almost two years ago in Saint-Michel district, near the Notre-Dame Cathedral.

I remember enjoying and sharing this finding with friends and amateurs of the genre but forgot about it until very recently when a friend came from Mexico City to visit. Armed with our cameras, we headed to Abbesses ready to shoot. There are many stencils by Miss-Tic in the area and we knew that we would find what we were looking for. We walked for a while when I spotted the face, Passage des Abbesses. Obviously, we stopped to admire, share impressions and, of course, snap some pictures. 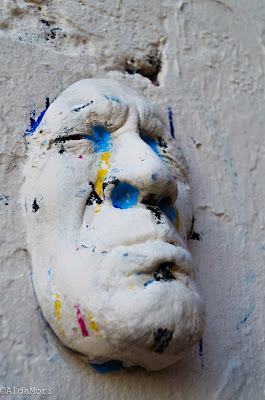 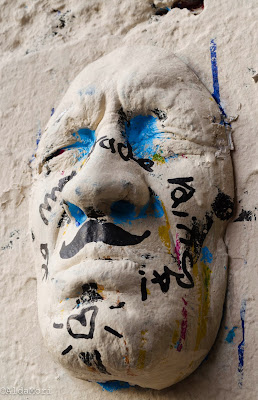 Those of you who are familiar with this artist's work know that these faces are actually a mold of  his face that he glues randomly in the streets of Paris, although Montmartre seems to be one of his favorite playgrounds.

When the faces are not vandalized, one can enjoy the various moods of Gregos whose itinerary is inspiring.

Delivery Man to earn a living, Gregos is essentially an artist in motion. He started sculpting and molding in 1997 after spending a few years in Greece to fulfill military duties. Five years later, he moved to Boston with his girlfriend who was then preparing a PhD. During this 3-year period, Gregos enjoyed his free time to study oil  and acrylic painting. When he eventually got back to Paris in 2006, he came up with this idea of molding his face, using all the techniques he had learnt, and then gluing in the streets of Montmartre.

Since then, more than 500 faces haunt Paris and other French and foreign city streets.

So if you don't leave in Paris, don't be too sad because Gregos glued his face in Berlin, L.A., Athens, Kyoto, Tokyo, Sao Paolo, Portland, Seattle and other cities that are listed on his website which is definitely worth checking.

Painter in Montmartre at Work 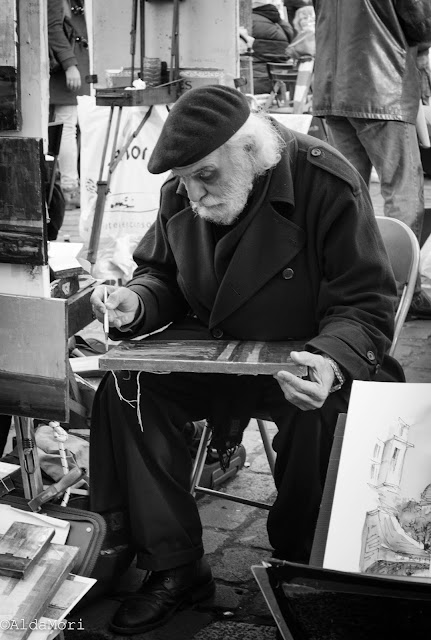 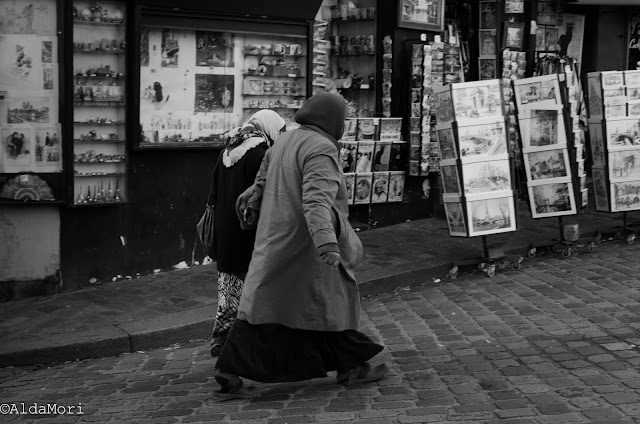 Recently, on my way to the Airnadette* show at L'Européen theatre, I came across some stencils by Jef Aérosol.


You can see these Rue Biot, Paris 17th. 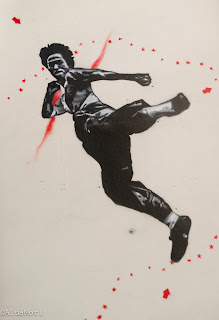 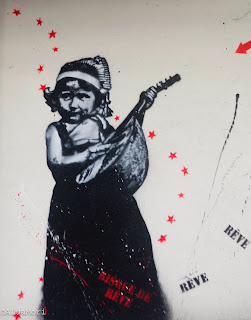 The talent of the Airnadette band is reason enough to attend this crazy funny show. But, if you need any other reason, the stencils will give it to you. 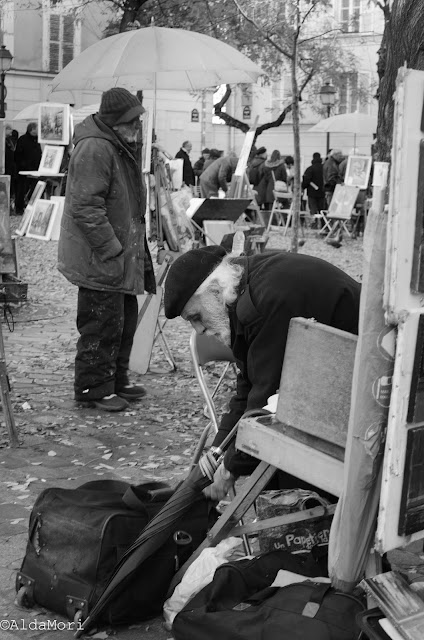 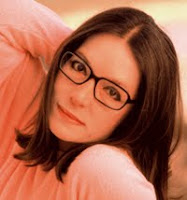 Alda Mori
I am the spiritual daughter of Nana Mouskouri. Fortunately for you (and your ears), instead of singing, I take pictures of random and irrelevant things that matter to me and that I share with people on my blog. If you want to know more, follow me or contact me at: alda.amori@gmail.com